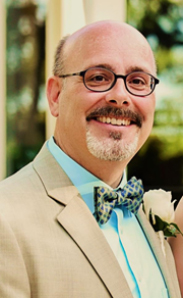 Michael Lambert attended the University of Illinois at Urbana­ Champaign (UIUC), where he pursued his long-time interest in architecture and history.

From an early age, Lambert followed his passion of architecture and urban planning. During his junior and senior years at Plainfield High School, he helped his parents redevelop an abandoned church, rectory, medical office, and two residences in downtown Plainfield.

Lambert completed his first architectural design project: the renovation of the abandoned St. Mary Immaculate church building (erected in 1868) as it was converted to a restaurant.

From the mid-1980s through 2013, Lambert was a regular columnist for several local publications, including The Enterprise and Plainfield Patch. He has begun a draft of his long-requested book about Plainfield and its historical evolution and is continuing his rehabilitation of an 1852 home in Plainfield.